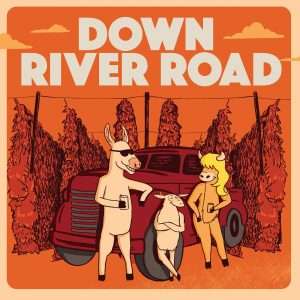 Set the stage, and turn on the lights, everybody take their places. On the this third episode of Down River Road Nikki is in studio with Brad Turner, an award-winning television director and producer. Born and raised in Bayfield, Ontario, he graduated with honours from the Television Arts Program at H.B. Beal Secondary School in London, Ontario, and upon graduation joined SCTV, where he spent his first five professional years working on the series. For the past 25 years Brad has been directing iconic and compelling dramatic television shows. 24, The Shannara Chronicles, Daredevil, Prison Break, to name a few!

Nikki and Brad discuss how Brad got his start directing, bringing movies to Canada, more specifically Bayfield, and how Brad spent his time during the pandemic. Oh, and beer too!